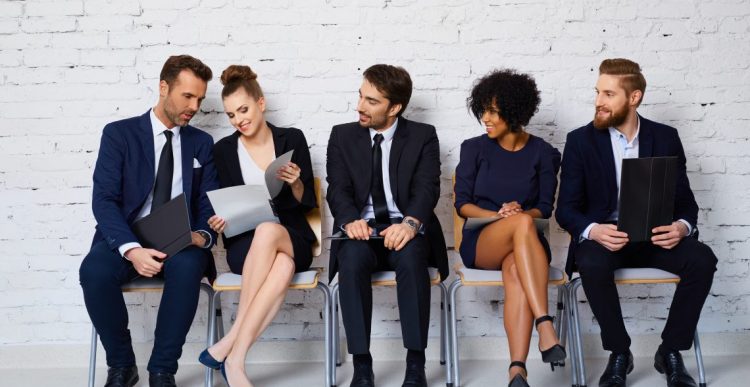 As we think through history we find that women were not afforded equal opportunity early on. History shows us that when bodies to build, weld, and design rose they allowed women to enter the scene. This was not without concessions. Often wages were much lower than their male counterparts and they were not looked to as a leader. Perhaps some women as supervisors yet not prominent outside of the ‘typical’ functions.

All in all, we have progressed to some extent. Now there are initiatives and incentives for companies to recognize and hire women. We should not lose site of the fact that we should always be focused on who is qualified for the position including presence and experience. Then they should be paid regardless of gender or ethnicity. 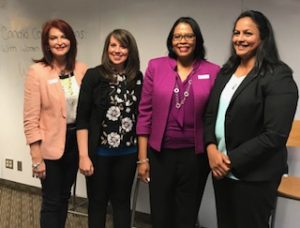 I recently participated in a Women’s Leadership panel discussion. A topic was raised about women having an advantage over men in meetings.  There were some who felt women do have the advantage. I have pondered this discussion since the event and still stand by my response in the session. Any person could have the advantage period providing they did their research, educated themselves, presented the information and demonstrated their passion with character in their delivery.  In my opinion, whomever has the drive and desire to excel has the advantage.  Healthy competition is good with the appropriate management and maintenance.  I do believe there may be some who harbor discrimination towards gender.  In these cases, it will not matter how well prepared you are or how well you present.  You may take pride in knowing you did your best and move on.

Of the four panel members we each came from different backgrounds and yet we each were a leader in our own right. I found it interesting that some felt women were different because of our gender. After listening to all participants, it was clear we had similarities in our upbringing with values and drive. We were each told we could be whatever we wanted regardless of our gender. I would characterize us as pioneers for women in leadership. Some expressed that being a woman offered advantage over their male counterparts. I suggested it was more about being a strong confident woman who was committed to excelling in all that we do. I get the argument that women are equipped to have babies and that is something that a man is not able to do. In some homes the woman may play a very different role than the man of the house. Nonetheless, I still stand by my thoughts that the edge we describe is born from our desire to prove we are a contender, a candidate and must be considered.

When I was in eighth grade there were basketball tryouts for the school team. As I am sure you can imagine, the invitation was for the boys. I can tell you that did not sit well with me and as such I enlisted other female friends to try out with me. The coach was not very happy and challenged us as not eligible. I had done my homework and advised that he must allow us to try out since we did not have a girls team. He eventually complied but not without making every step a difficult one. I was one of the last girls in the running and ultimately released.  Afterwards, the coach came to me acknowledging my commitment and drive.  He shared his thoughts noting that it was just not possible since the uniforms were not made for girls to wear. I can tell you that did not sit well with me and I continued to lobby for the girls. In the end my efforts paid off. They paved the way for the next group because the school formed a girls’ basketball team the very next year. I still look back on that experience and feel I helped in making change happen.

There were male counterparts in support of the female participants at the panel discussion. And some even brought their daughters and sons. Isn’t it time for us to help them understand now that they are equal and should compete for the right things.

My experience has always been to put my best foot forward and excel. I do not go into a presentation feeling superior because I am a woman. I am fearless because I have a strong personality who has prepared herself. And I am going to proceed with passion and drive.

We should align with organizations that promote what is important to each of us.  I look for organizations who promote and support women leaders.  I also will accept opportunities to help organizations change their perspectives. I do believe times continue to change and as such we must continue to make the change happen.

We must always focus on the right person for the right job at equal compensation for experience. We need to move the discussion to this and remain true to why women have raised the issue. We pride ourselves on our qualifications. We must also recognize that there are other candidates both male and female that may also have qualifications. If we remain committed to the right person for the right job then we will continue to see more women rise with true equality in effect.